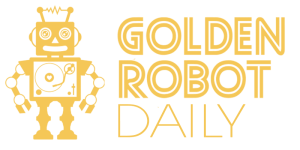 Remi Wolf’s debut album creates a world filled with explosive performances and sticky hooks that stay with you.

‘Juno’ represents everything Remi Wolf is, comedic, joyful, and full of personality.

The confidence on this record is different to most debuts where artists tend to test the waters. Juno sounds so self assured and developed it’s hard to believe this is her ACTUAL debut.

In saying that, some of the tracks lack in production and mixing. As you dig deeper into the album you can find the flow of the record getting a bit lost but it’s also so creative, groovy, and fresh that the energy radiating from this record makes it so much fun to listen to.

As a 2021 synth-funk/pop record I find that it has everything it needs as of now. Tongue and cheek lyrics, easy-to-understand delivery, varied instrumentation (lots of raw fuzz which is so great to hear). Songs that are cohesive and similar in sound but don’t feel like the same formula throughout the album.

It doesn’t take itself too seriously and most importantly just feels like a very Los Angeles based work of pop with its light, breezy, warm, and sunny undertones sprawled with lots of pop culture references and this laid back vibe.

It’s nuts to think that the funktronica on this record feels so unique to me nowadays in pop music. Such a breath of fresh air juxtaposed against the overkill of ‘sad pop’ in the past couple of years.

Thank you Remi Wolf, I’m excited to see where she takes this sound.